“Many of the décor stores in Town Center are very expensive and we want to bring something more affordable to everyone,” Dallas said.

In addition to current items, it will mix in vintage, “found” and eclectic décor, says its website, modmkthome.com.

A found item could be a hand-carved bowl from another country, a reclaimed window from a historic building or a chair from an estate sale, for example.

Dallas and her husband, Ryan Viti, own The Copper Closet, where all the goods are less than $45. Three Copper Closets operate in Jacksonville with 10 total in the Southeast and three more are scheduled to open in February. 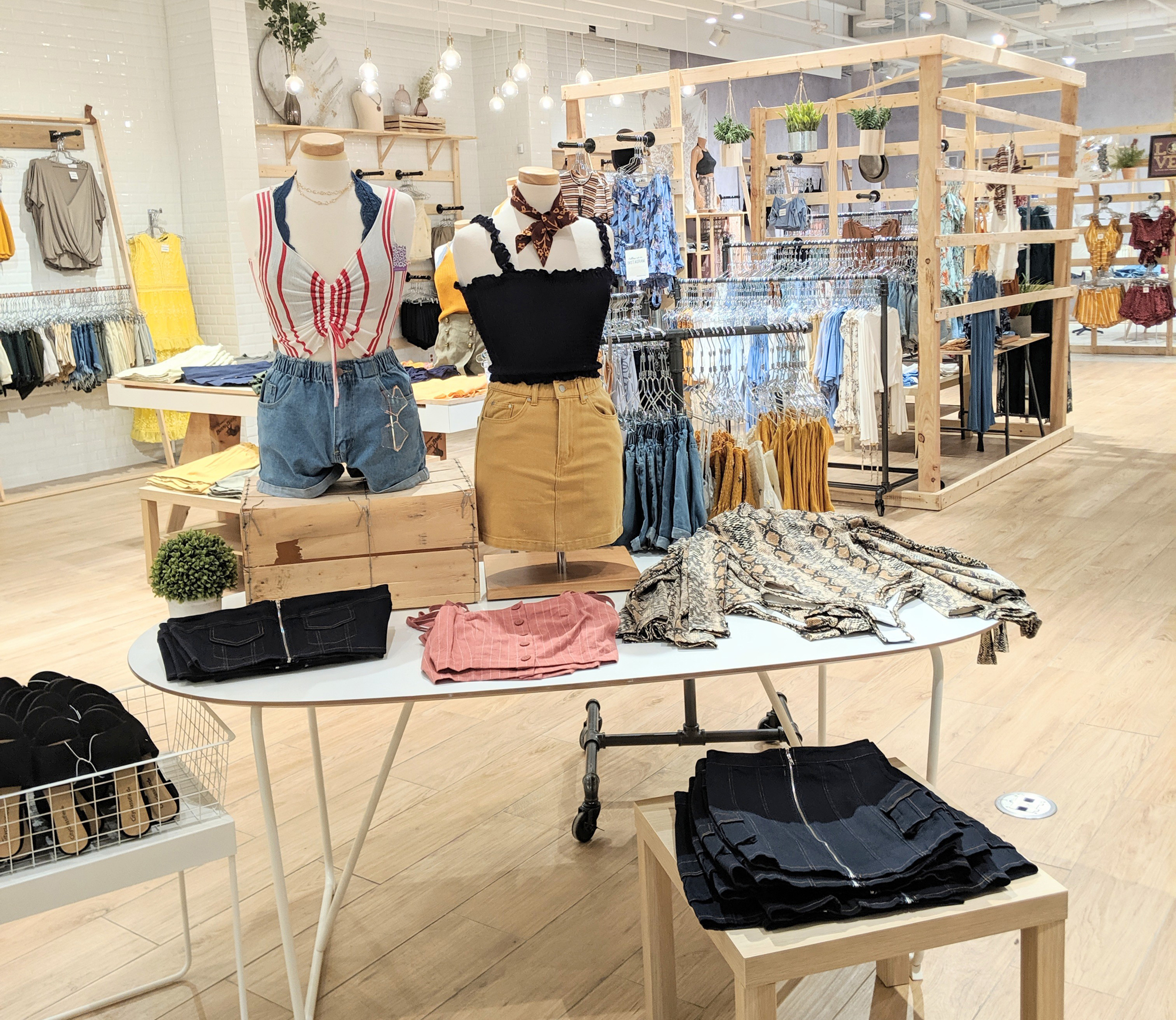 “We wanted to try a similar concept, but in decor, since we’ve had so much success on the clothing side,” Dallas said. If the store is successful, they will consider adding more.

Dallas, 24, said she grew up in Ocala with a single mother who was disabled.

“We couldn’t afford to shop at the mall or in boutiques. I was 18 when I stepped foot in the first boutique I had ever seen and I loved the shopping experience,” she said.

She realized the clothing could be expensive and saw the same reaction among customers at a boutique where she worked in Gainesville as she attended Sante Fe College for graphic design.

“All of the girls would come in, try on stuff, fall in love with it, but couldn’t afford it so they left to find something similar somewhere else,” she said.

Dallas saw how to improve the experience and maxed out her credit cards to open a store at the age of 21.

She considered opening in Gainesville but sought a less seasonal area than that of a college town. She visited Jacksonville and chose it over Orlando.

“The Riverside area really spoke to who I am and I love the historic/artsy sense of community,” she said.

Dallas opened her first store in Riverside in September 2016 and then met her husband, who joined the company as they opened the second location in The Avenues mall.

She said the Simon mall company, which has ownership in both The Avenues and St. Johns Town Center, approached the couple after the Riverside location opened.

“We started with Avenues and opened our Town Center location in the old Apple store about two years ago,” Dallas said.

Dallas said the affordability is “a huge draw,” and that the University of North Florida is within a few miles.

“It’s been almost three years since our first location opened and here we are – 11 stores and counting,” she said.

In addition to the Jacksonville locations, The Copper Closet has stores in malls in Gainesville, Tallahassee, Orlando, Ocala and Destin as well as storefronts in Savannah, Georgia, and Charleston, South Carolina.

They intend to start franchising next year.

Apple, another original tenant, moved into a larger store at the shopping center in 2017.